The Congo Dandies of Brazzaville

When the Congo comes up fashion is usually not a word one thinks of first. Terms such as slums, poverty, hunger, and third-world will probably pop up first. In general people think of most of Africa as having an ever growing pile of issues. Most of the time it’s usually in dire circumstances. However, to some outsiders in the capital of Brazzaville, there are other motives. Ideas in where they would argue to spend their hard earned money first. Strictly on fashion. The result has created a subculture within Brazzaville. Welcome in the Congo Dandies.

The Sapuers, which stand for (The Society of Tastemakers and Elegant People) try to make it as easy as possible to locate them within the cities. Simply look for vibrant colors, flamboyant actions, polished shoes, elegant behavior, and perfectly tailored suits. All traits that portray a true Sapuer. And everything that would usually portray an extremely high standard of living.

Lifestyle of the Congo Dandies

Living in the Congo is actually the exact opposite. Half the population lives under the poverty. It ranked second to last in the human developmental index (2014) and it belongs to the bottom portion of the lowest per capita income in the world (2014). How is it possible that any of these so called Sapuers afford to buy such an extensive collection of fine clothing? Truth is many don’t have the money and certain priorities almost always take over.

Many of these men have admitted to taking out bank loans in the thousands. That’s usually just to upgrade the wardrobe collection. Often times it becomes a habit and multiple loans will be taken out. Some Sapuers have even shockingly said that they saved up two years of work just to buy a pair of thousand dollar Westons. The money they admit could’ve been used to buy a piece of land, something to help out family in poverty usually. However, it is of upmost importance to these men that they buy legitimate quality designer level of apparel. They have to be the real deal, nothing fake. Some wives have even backed their husbands. To the man it’s his lifestyle and what he represents.

The SAPE clothing lifestyle has its origins tracing back to the 18th century when the territory considered a French colony. Many French masters brought over their exquisite Parisian style and fashion to their new home. As a result, many slaves were usually dressed up in a similar manner as a representation of their owners. The style never died and resulted in a new subculture for the region. Today that tradition continues to thrive strongly among the Congo regions.

The Sapeur lifestyle is especially noticeable on weekends. This is when Sapeurs’ meet up to compete and show off each others expensive outfits. The Guinness campaign video above showcases the flaunting, peacock style representation that the Congo Dandies are known for.

It’s interesting to see how a very traditional Western fashion lifestyle has since re-evolved in a different hemisphere. What is most astonishing about this is the amount of influence fashion has in the region compared to other issues. Expect this tradition to continue to grow as fathers hand down their goodies to the next generation of The Congo Dandies in upholding a local legacy. 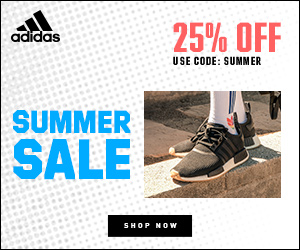